The taxi market plays a crucial role in urban areas all around the globe. Namely, it has a long history and makes an important part of many people’s everyday lives. Hence, it comes as no surprise that there are many curiosities surrounding it. And if you want to learn some interesting taxi facts around the world, stay right here!

Before the car was invented, people used horse-drawn carriages as vehicles. And even though the taxi didn’t officially exist, you could still hire a driver or pay for a ride. This started in the 17th century in London and Paris and ended up with the invention of cars and taximeters.

Namely, the first taximeter was invented in 1891 in Germany by Friedrich Wilhelm Gustav Bruhn. This device serves to measure the distance (or time) the vehicle passes. This is the principle that modern-day taxis use as well.

Several years later, the first cab, known as Daimler Victoria, launched in Stuttgart. And the first man who ran the first taxi business was Friedrich Greiner. By the beginning of the 20th century, the taxi took over Paris, London, and New York.

Cheapest and Most Expensive Taxi Rides 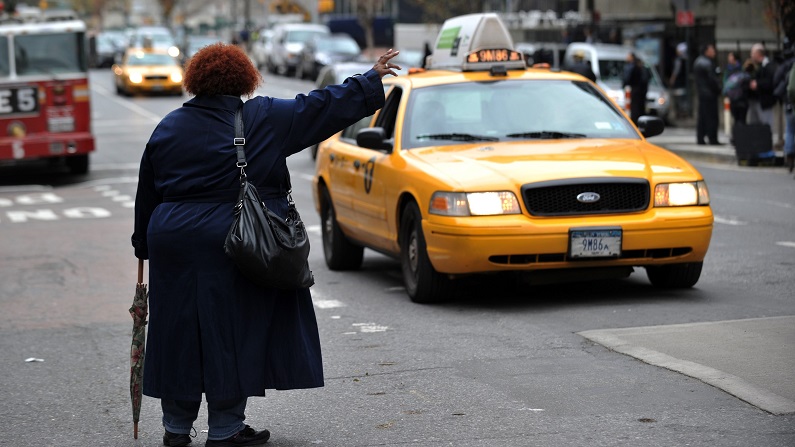 Furthermore, you won’t save money if you take a cab in Germany, Netherlands, Austria, New Zealand, Great Britain, or Belgium either. Namely, the taxi ride price in these countries goes from ten to 15 euros for an average distance of 5km.

But the absolute winner of the cheapest taxi rides is Egypt. Namely, if you take a cab there, you’ll pay less than one euro!

A City With the Largest Number of Active Taxis

The cities with the highest number of taxis are usually the most populated ones. For instance, in Mexico City, you’ll find around 140,000 active taxi-cabs. And given that there are around 121.9 million people there, this comes as no surprise.

Simultaneously, there are even more than 150,000 taxis in New Delhi. As for other densely populated cities, such as Cairo, Shanghai, and Tokyo, all of them have an extensive taxi network. And New York, the city well-known for a great number of taxis, actually doesn’t stand out that much. Namely, you’ll find much fewer cabs there than in New Delhi or Mexico City — around 13,000. 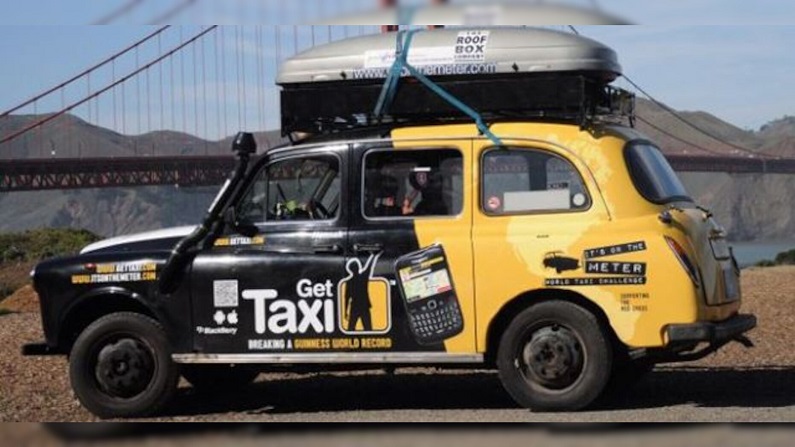 The guys who set a world record for the longest taxi ride ever are Paul Archer, Johno Ellison, and Leigh Purnell. Namely, the three friends drove the black cab for a bit less than 70,000km, and they needed 15 months to complete the journey.

Moreover, they traveled across 50 countries. In China, the guys also set a record for the longest altitude reached by car — 5,224 meters. Simultaneously, they faced many issues during the long journey. One of them even got deported from Iran!

And in case you’re wondering, the total cost of such a long taxi ride would be around 79,000 pounds.

Did you know that the word “taxi” is (almost) universal in every country? Simply put, people all around the globe use the word “taxi” or at least know what it means. But even though it’s one of the several words most of the population understands, few know where it comes from.

Namely, the word taxi was used for the first time in London soon after they launched at the beginning of the 20th century. The word “taxi” is actually the shorter version of “taxi-cab.” Simultaneously, the word taxi-cab derived from “taximeter” and ”cabriolet” combined.

Furthermore, the cabriolet actually stands for the type of carriage that was used as a taxi a long time ago, while the word taxi evolved from the word “taxa”, which means — a tax.

As you can imagine, the taxi industry is worth billions of dollars. Hence, it’s a source of income for many people. And the job of a taxi driver isn’t simple at all.

For instance, the London Taxi Knowledge test is possibly one of the hardest things to pass in the world. New cab drivers need from three to four years to memorize all the London streets and finally start working. 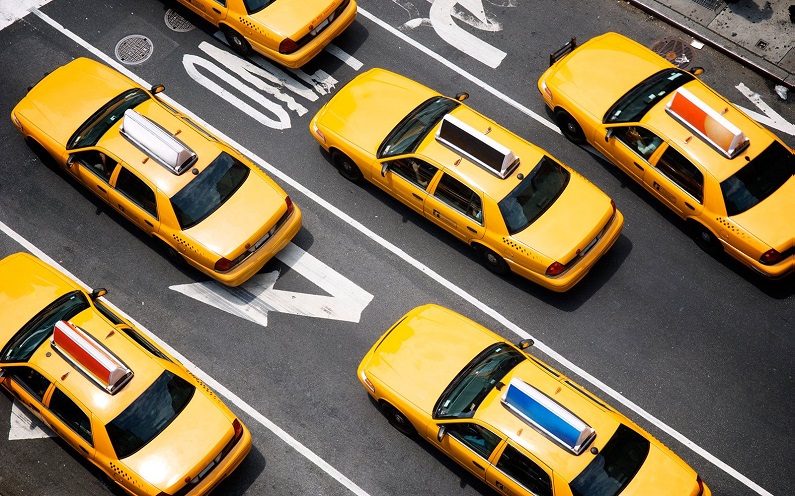 On the other hand, some taxi drivers ended up doing the job accidentally. The best example is dr Cai Mingjie — the most educated taxi driver in the world. Namely, he has a Ph.D. and used to work as a Sabine Schmitzbiology researcher. Then, due to some strange circumstances, he became a taxi driver and started a blog about his fascinating experiences.

The last fun fact about taxis we have for you is — the fastest cab driver isn’t a man, but a woman. Her name is Sabine Schmitz, and she won multiple awards in car races.