The popularity of Rideshares like Uber and Lyft has skyrocketed in recent years, only to plummet in 2020 due to the enduring threat of the Coronavirus. Are rideshares really suffering, or are some companies managing to make their way out? What sort of cost-cutting measures have been enforced, and how are rideshare employees coping with COVID-19? Keep reading to find out!

Obviously, the pandemic has resulted in a quick and steep decrease in trip bookings. For example, Lyft’s ridership plunged by 75% in April. Still, it’s not a surprise that rideshares are seeing a decrease in customers. This method of traveling is not entirely safe during the pandemic. Most hire vehicles can barely accommodate the optimal 6 feet of social distancing between the driver and passenger. That increases the risk of spreading the virus. Moreover, dozens of people use rideshares daily. That is, you can never truly know who was inside the car before you and whether or not they were infected. It’s also impossible to find out whether or not the drivers have cleaned and sanitized their vehicle after each passenger.

When it comes to Uber, the company declared that its business had dropped by 75%. This decline occurred three months after the pandemic started. In June, the company recorded $3 billion earnings compared to over $12 billion last year. Interestingly, Lyft decided to stop releasing the gross figures of their bookings to investors.

What’s more, the number of Lyft drivers has dropped significantly. Last year, the service had nearly 22 million drivers compared to its current 9 million. And when it comes to taxis, the ride-hailing trips dropped from 6.8 million (January) to around 274,000 (April). That equals a devastating drop of 96%. 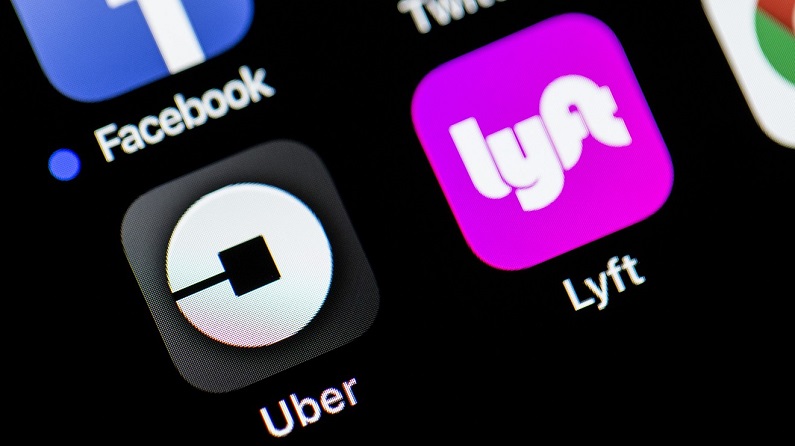 Companies like Uber and Lyft have taken severe cost-cutting measures to deal with this drastic decline in trip bookings.

For example, in May, Uber fired 3,700 workers. That equates to 14% of its entire global workforce. Previously, the company had already cut 900 jobs. The massive lay-offs in May were actually carried out via a Zoom call. During the group call, around 3,500 workers were fired in less than two minutes.

In contrast, Lyft let go of nearly 1,000 workers. It also created 288 unpaid furloughs and cut salaries for over 4,000 employees. The executive leadership team faced salary cuts of 30%. And, the pay of most employees below the VP level was trimmed by 10%. This measure didn’t affect hourly employees. In total, Lyft had to cut over 17% of its workforce due to the economic slowdown.

Still, Lyft, Uber, and several other ridesharing companies view their cuts as a necessary step towards profitability during the COVID-19 outbreak. The measures of some companies like Uber were even supported by Wall Street. In Uber’s case, the cost-cutting measures allowed the company to save $1 billion on annual expenses. Experts believe that it will take a full year until we see the results of cost-cutting measures in the global ridesharing industry.

What’s more, the impact of COVID-19 has been severe in most industries and economies. Even though the cost-cutting measures equal profitability for the companies, they can seriously damage former employees. The reason is that the employees of hailing services can’t stay at home or work from home at all. That brings up the question of what will happen to thousands of unemployed drivers. How will they earn a living during the pandemic? Concerning severance, Uber reported that it would pay out approximately 20 million. Still, there’s a question of whether any sum at all can be a substitute for a steady income.

How They Intend to Survive

With reduced demand for ridesharing services, cost-cutting is proving to be effective for many companies. However, it comes at the expense of their employees. Regarding sustainability, Uber’s food delivery service (Uber Eats) has brought some profits to the company.

Yet, its executives have claimed that those profits weren’t enough to make up for the gigantic losses caused by the pandemic. Concerning Lyft, the company has had a fair share of profits from its scooter-sharing service. Sources say that Lyft also has profits from autonomous transport R&D as well as its profitable IPO. Compared to airlines, the effect on ride-sharing companies hasn’t been so extreme. In contrast, Airlines have recorded a 90% drop in passenger numbers.

Unfortunately, even with numerous protective measures, many companies are dealing with a currently unbeatable opponent. In a recent study, nearly 40% of United States citizens claimed that they wanted to partially or completely limit their use of rideshares. Also, almost 50% claimed that they would prefer to travel in their own vehicle. That means that rideshares could face a bleak future.

The coronavirus has impacted all industries on a global scale. Taxis and rideshares are an essential part of society, and they can’t operate as usual during the pandemic. For now, companies like Uber and Lyft can further test the effects of their cost-cutting measures by analyzing their financial results during Q3. However, there’s no way to know what will happen in the next several months or even years.